Activists take to the air and the grass roots 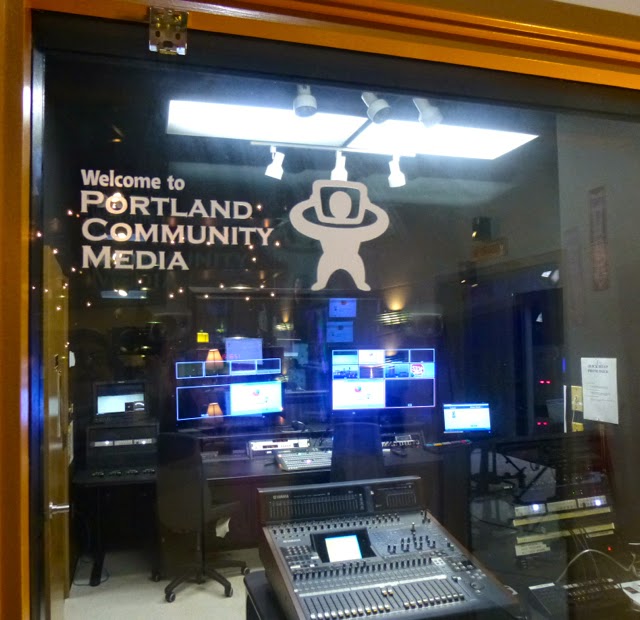 This month United Neighborhoods for Reform (UNR) members and supporters had a chance to make the case against Portland home demolitions at the invitation of Carolyn Brunett, producer of The City Lights Show on Channel 11. The station is wired for some 450,000 homes; even if we reached a fraction of that audience, it was a fun and meaningful foray in front of the cameras—and there will be more.

Meanwhile, UNR prepares for the fourth summit, after the successful three that occurred in 2014, which gave birth to the effort. Now that City Hall knows how a large percentage of Portland residents feel about the loss of unique, well-built, and affordable housing in our neighborhoods, it's time to ensure the positive lip service among the mayor and commissioners turns into action.

Join us 7 to 9 p.m. Thursday, April 9, at Bethany Lutheran Church, 4330 NE 37th Ave. (at Skidmore). Read on for more background from the event announcement:

"Why a Summit IV?
"Last spring neighborhood activists met to explore the possibility of creating a grass-roots organization that could unite neighborhood associations in persuading City Council to address problems associated with the “demolition epidemic” in our neighborhoods.

"That was Summit I.

"After a summer of increased destruction of viable, affordable homes—often replaced by one or more expensive, out-of-scale “McMansions”—neighborhood association leaders and concerned residents from more than 25 neighborhoods came together in the fall for Summits II and III, resolved to bring about code reform that could stem the demolitions and their effects.

"This was the genesis of UNR.

"A committee formed at Summit III drafted a resolution based on input from summit participants. The resolution went out to Portland's 90-plus neighborhood associations for endorsement, with UNR committee members attending as many meetings as possible to field questions and concerns. The resolution garnered more than 40 endorsements from neighborhood associations and was presented to City Council at two hearings—one in December, the other in February—via orchestrated testimony. The purpose of Summit IV will be to review the progress that was made at these hearings and related meetings, discuss objectives for an action plan moving forward, and establish committees to provide input on specific UNR reform initiatives."

We also seek recruits for the cause, which presses forward thanks to the contributed time, talents, and ideas of Portlanders willing to stand up and act. See you next week!
Posted by margaret at 1:20 PM No comments: