So said activist Erin Brockovich at the Air Forum earlier this month, as she issued a "what are you waiting for" challenge and exhortation to local activists to do what must be done to stop hazardous emissions where we live and breathe. United Neighborhoods for Reform has long publicized the lack of control, oversight, and responsibility in this impact of demolition; mechanical demolition spreads hazmat up to 400 feet from a demo site, dusting everything and everyone in its wake. Recent "hot spots" of toxic emissions in Portland have brought the issue of air quality to the forefront, and hundreds more responsive Portlanders to the cause of clean air.

The good news, according to Brockovich, is that we are equal to the task of stopping polluters among us. "Tag—you're it," she said, adding that "ensuring a safe future is their [our leaders' and environmental agencies'] job. And you are going to make them do their job." Actually it was more like "make. them. do. their. job." You get the feeling Brockovich is good at speaking up for herself and others.

She used that same emphasis in scripting a critical path by saying that "agencies need to hear from you and Don't. Back. Off."

"We've all been lulled into a false sense of security," she said. "We're beginning to change."

Her kid and grandson live here so hopefully she keeps tabs on our progress to safeguard public health and safety, and to effectively help our leaders and city staff do their job. 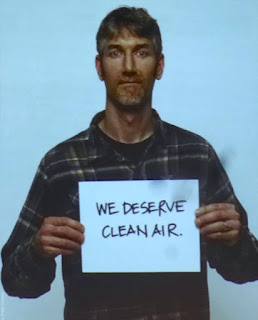 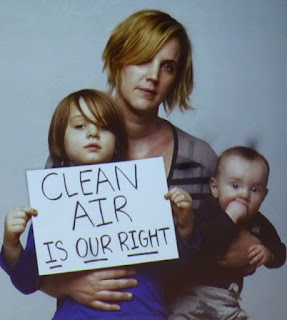 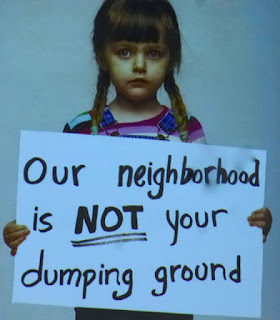 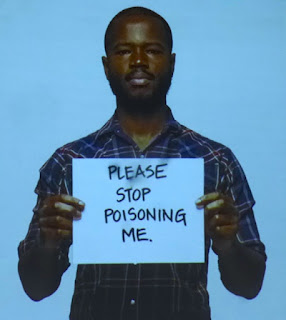 Posted by margaret at 8:31 PM No comments:

Last minute, but not to be missed: "MisLead" heads to Clinton Street on April 11 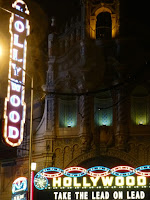 United Neighborhoods for Reform (UNR) screened Portlander Tamara Rubin's film, MisLead: America's Secret Epidemic, in February as part of its Let's Take the Lead on Lead event at the Hollywood Theatre. The event drew a group of highly engaged and appreciative people who take hazardous materials and public safety seriously.

The film covers a lot of ground exposing the preventable condition of lead poisoning, how it occurs, and how it manifests itself. Many experts are consulted (Noam Chomsky even), as Rubin uses the lens of her own family's experience to focus on lead's dangers. It is as alarming as it is inspiring.

Before you pass by and breathe dust from another Portland demolition, you owe it to yourself to see this movie. Especially if you have children with you.

With the final edit done (adding footage from Flint; Rubin made three visits there in one month alone), Rubin has wrapped the movie, and now gives Portlanders one last chance to see it!

Here are a few pics from the Hollywood screening, which was followed by a Q & A with Rubin and husband Len as well as John Sandie, who has led UNR's effort for control and containment of hazardous materials during demolition.