Hard-won info released, and The O exposes the threat among us 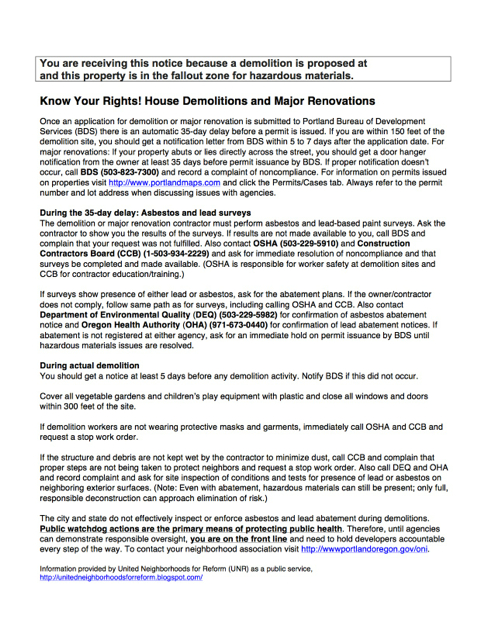 This week United Neighborhoods for Reform sent out its flier for neighbors faced with demolitions including info on how to protect yourself and children from the assumed release of hazardous materials such as lead and asbestos. Neighbors can and should take small steps toward safety for themselves and their families because most demolitions involve uncontrolled release of lead and/or asbestos particles into the air. Read a well-rounded package of reporting from The Oregonian on this important public health and safety issue here:


Unsettling dust: Hundreds of Portland homes demolished with asbestos inside
Oregon penalties for failure to remove asbestos can pale next to real estate profits
How Oregon’s construction industry got the state to back off asbestos rules
Asbestos in Portland home demolitions: How we did the analysis
Found with asbestos: North Portland demolition prompts fines

Other Oregonian stories that followed on the issue:

A gang of 26 has its work cut out for them; so do tree lovers

Tonight the task force on improved new-construction guidelines meets for the first time, at 6 p.m. in Room 2500A at 1900 S.W. Fourth Ave. For the record, the members of that group and their affiliations:

The idea for such a task force, formally called the Residential Infill Project Stakeholder Advisory Committee (or the more evocative "RIP SAC" around here), first appeared as an elemental part of the United Neighborhoods for Reform (UNR) resolution, which garnered endorsements from 43 neighborhoods citywide. Needless to say, there are high hopes for the group and its work, even though there is irony that a developer whose style of construction is exactly the kind that's caused the uproar is among those chosen.

We also smiled seeing that the Home Builders Association has twice as many reps as any other body—perhaps a sign that Mayor Hales hasn't quite quit his lobbying job for those heavy hitters. Hopefully they are balanced out by the many solution-seeking, forward-thinking people on the list.

We will follow the process closely to ensure that neighbors and neighborhoods get what they need: responsible development that benefits everyone.

Be a hazmat hero

Even though we continue to keep pressing for meaningful change, most recently through meetings with staff of Mayor Hales and Commissioner Saltzman, UNR members do more than sit in chairs around tables.

Once we finalize our guide for affected neighbors living in the hazardous-materials fallout zone around demolitions, we will enlist activists to distribute it. If you have energy and time for an effort that will protect and promote public health and safety, submit your name, contact info, and neighborhood at top right. We will have a briefing to launch the effort. You could be on the front lines helping save neighbors, especially children, from the irreversible health effects caused by the uncontrolled release of lead and asbestos. Read here for more.

We look forward to launching this proactive, important campaign—and getting to know you!

The UNR resolution called out tree preservation as a goal for building a better Portland. Most sites where demos occur are cleared of every living thing, and any trees that are planted are tiny compared to what once grew there.

This issue came to a head this week with deforestation occurring in Southeast Portland, where a developer—Everett Custom Homes—has already harvested 100-year-old Douglas firs and now hopes to erase giant sequoias dating to the Civil War.

Scenes from those sites follow. It's not easy to look at, but it's graphic evidence of the work to be done in not only saving affordable, well-built housing but the mature tree canopy that occupies the same lot, pumping out oxygen and giving this city its "green" reputation. It's also evidence that people care enough to rally for our urban forest.

For more on the sequoias and how to get involved, read here. 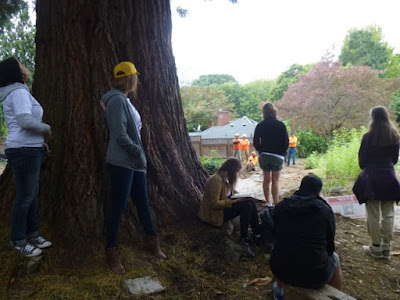 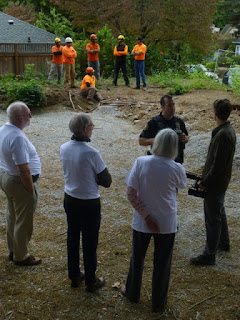 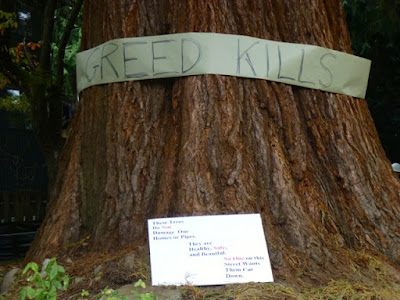 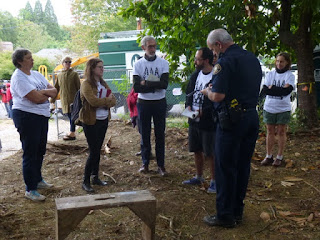 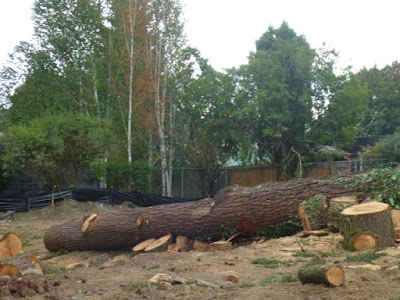 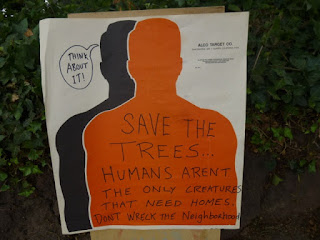 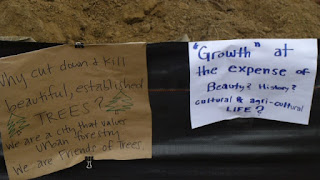 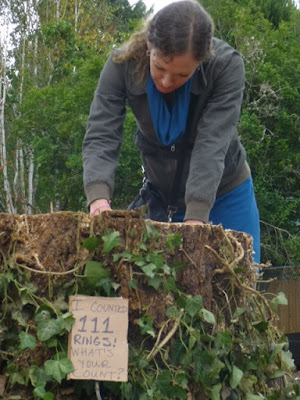 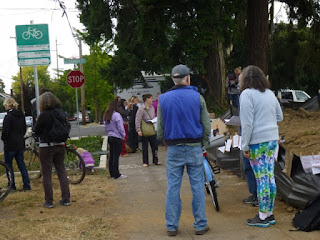 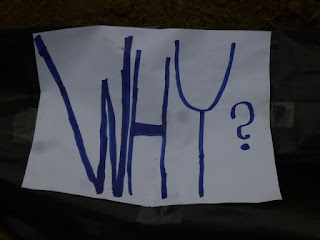 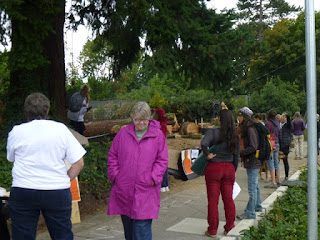 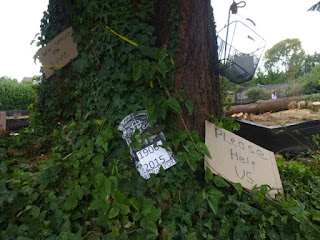 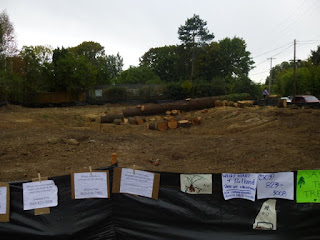 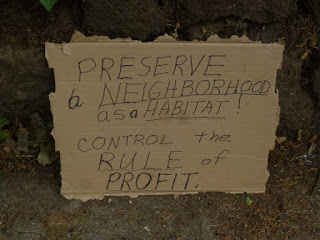 Posted by margaret at 2:35 PM No comments: